It's been a while since I've come in to find TiGrr and Peanut all chummy. Usually Peanut gets pushy and TiGrr leaves after only a few seconds, accompanied by hisses and swats from both sides of the argument. 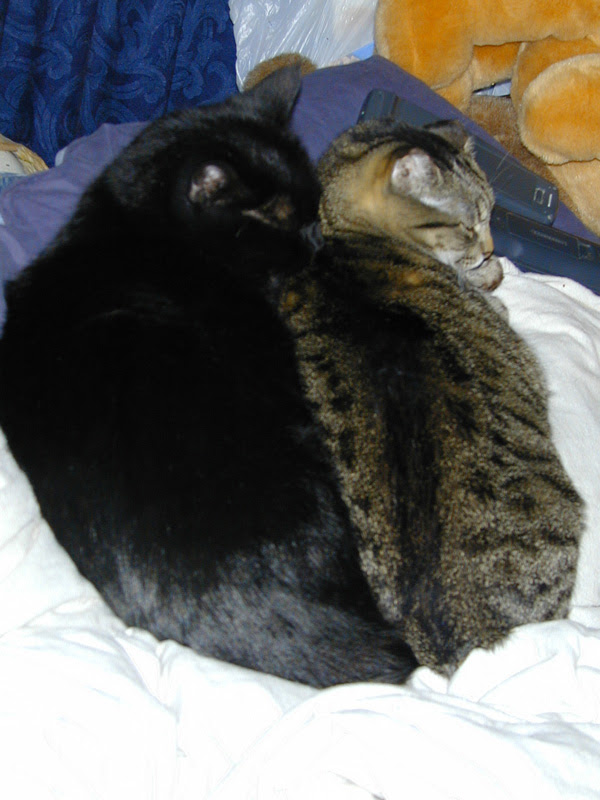 But last night, there they were, for hours on end, close as anything. 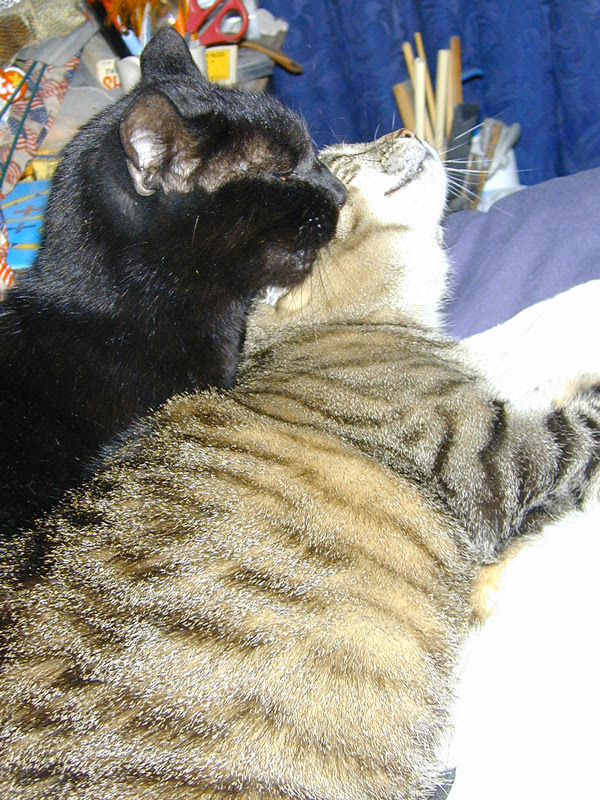 TiGrr even groomed her, and there was no biting or hissing on the part of either of them. 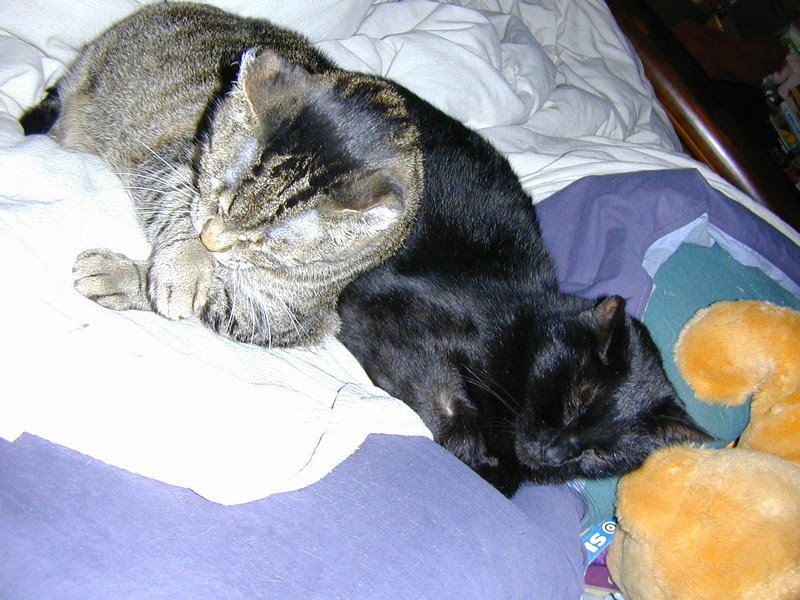 They stayed this way until well after I turned off the light and drifted off into slumber. Then they got up, tap-danced and performed gymnastic routines on top of me. Apparently, snoring is some kind of rhythmic music, of a sort they can't resist (a la the pied piper of Hamelin).


If you seek the call of other lovely beasties, don't forget to visit Modulator's Friday Ark #191, and, on Sunday, stop by the CotC, this week to be hosted at Artsy Catsy.

*for those who are too young or have a good excuse otherwise for not knowing, the "meat loaves" reference comes from B. Kliban's early 1970s cartoon providing the definition of a cat, in which it is explained that a cat is, among other things, "often mistaken for a meatloaf."

My humans remember Kliban's meat loaves, although I like the meat just mounded up in my dish, thank you.

At the core, they love each other, and always will! How sweet they look cuddling!