On Wednesday evening, the 4th of July, after everybody had eaten his or her fill of kibble, things quieted down for a while. But somebody grew bored and restless. 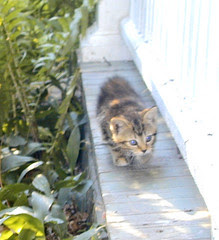 He (or is it she?) called for somebody to come on out and play. 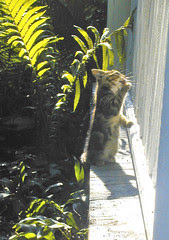 Another of the wee Frontporchistanis responded to the call. 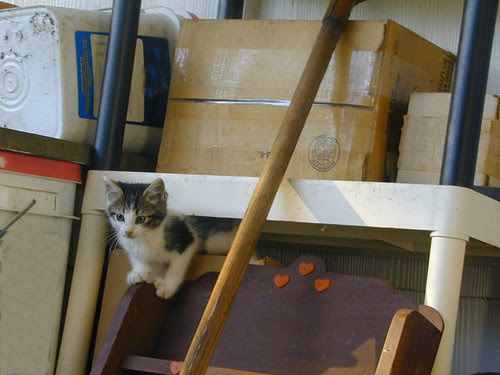 Struggling to free itself from the comfy confines of the napping cave, it then made its way over the High Flowered Shutter Plains, 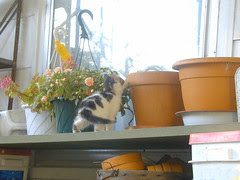 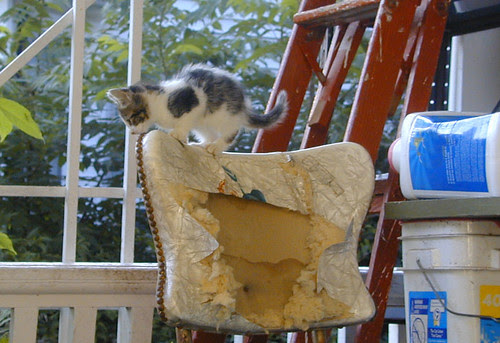 to be sure of its target before proceeding across the Laddersteppe to the Eastern Rail Ridge -- where it stopped to be sure that there were no predators hunting it (well, perhaps just one with a camera. But that's not important. The hunt is). 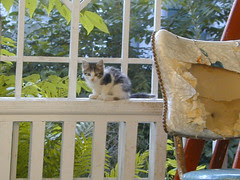 About this time, somebody had second thoughts 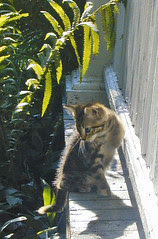 about calling out a playmate.
But it was too late. The game was afoot, 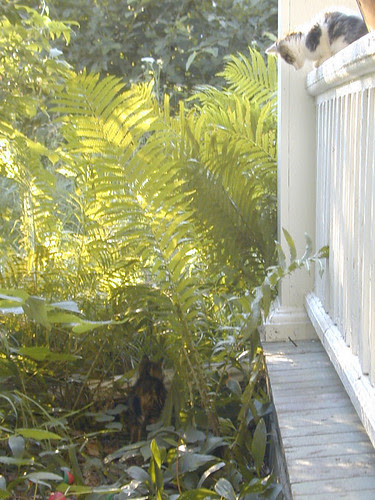 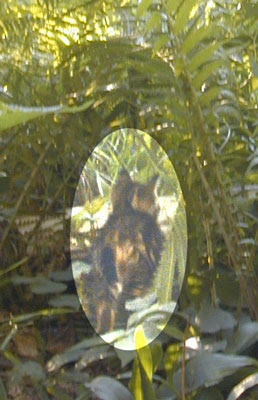 If you want to know what happened next, rent a Chuck Jones cartoon or two. I'm not going to encourage an interest in bloodthirsty acts of fluffy kitten violence. Hmmph.


Meanwhile, check out some other critters at Modulator's Friday Ark #146, and be sure, at the end of the weekend, to visit the Carnival of the Cats, where they don't do fluffy kitty violence (fluff snuff stuff), either. Hmmph again.

They are absolutely adorable, the cutest. :)