AyeAye (formally known as Mr. Valentino) dug his way through the snow, this week, 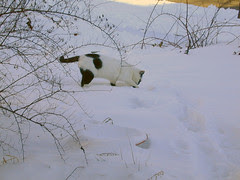 to take front and center, above all the other cats on the block. 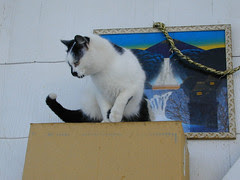 The stage is on the top shelf of a pvc unit upon which I put a box because, before, the kitties used the shelf as a wrestling surface, from which they often ended up clambering onto and occasionally into the tiny mailbox, putting too much stress on the screws which held the thing in place, as well as too much stress on the falling kitties. 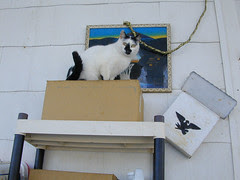 So the box raises them up enough that there's no new mailbox problem.

It also raises them up enough that they view it as the perfect stage from which to watch the others with amusement, snickering up their kitty sleeves 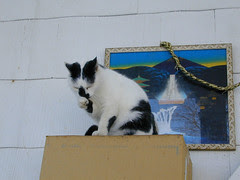 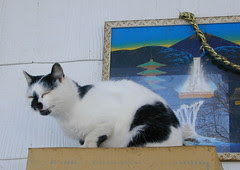 Then there is the occasional Bronx cheer 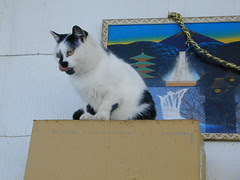 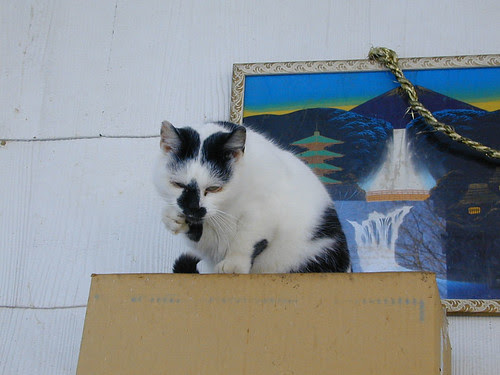 before AyeAye finally lets everybody in on the secret -- 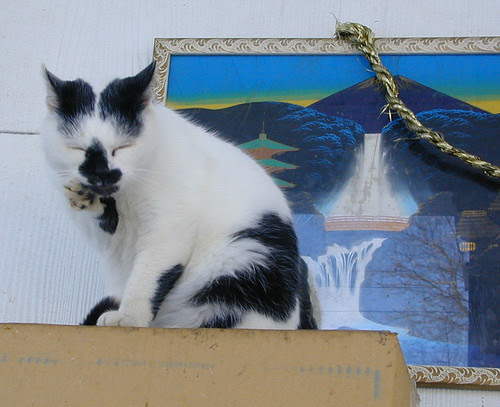 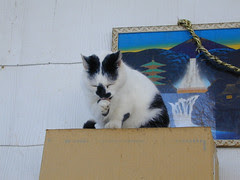 everybody may be able to do it, but only cats should.

Looking for more critters? Make sure to visit Modulator, for Friday's Ark #124. Also, be certain to stop in at the Carnival of the Cats on Sunday evening (or just after), hosted this week at This Blog Is Full Of Crap.
Posted by leucanthemum b at 2/02/2007 01:14:00 PM