The End of Another Day

I offer you a few views out the back window, as the sun was setting this evening. Because I can.

I'm not a Republican. Not really. I've voted third party most of my adult life, even in 2016. I haven't seen the point in joining a party whose representatives were less-than-half-assed in its support for its declared conservative roots and ideals. The only times I declare a party allegiance are when primary elections roll around, and we have few to zero other options. And this is where the rubber hits the road.

Because options are everything.

I wasn't a Republican, even when Democrats – the Party of Feminists™ – elected (and then re-elected) a rapist, while slandering and further abusing that rapist's victims.

I wasn't a Republican, even when Democrats – the Party of Ecological Conscience™ – selected a candidate whose mansion and houseboat wasted more resources than any 100 average citizens combined.

I wasn't a Republican, even when Democrats – the Party of Racial Unity™– elected an open racialist to deepen what had been a healing racial divide, encouraging violence in the name of skin color.

I wasn't a Republican, even when Democrats – the Party of the Worker™ – demanded open borders, easing human trafficking, so that near-slave-wage (and often literal slaves) could be imported to compete with the already disadvantaged unskilled laborers already struggling across this nation.

I wasn't a Republican, even when Democrats – the Party of Science™ – declared that biology is irrelevant to one's sexual identity, that a newborn is not yet a human being worthy of protecting its innocent life, that wearing a mask, while having little preventive power in the spread of a virus, must be worn so that people are less afraid, that a governor whose policies which directly brought about the deaths of thousands of elderly citizens is a hero while a governor whose policies had the opposite effect is vilified, that alternate energy sources must always be the least efficient and most costly to the environment.

I wasn't a Republican until, after decades of Democrats challenging any Republican victory in presidential elections, they went so far as to falsify evidence and use criminal means – and purportedly unbiased government agencies – to enter that evidence into impeachment hearings, and, with the help of their lap-dog media, sold that lie to large swathes of the public.

I wasn't a Republican until, after decades of Democrats encouraging lawbreaking on every level – from sexual abuse to drug abuse to violence against unprotected classes – and vilifying law enforcers and military members, said Democrats witnessed a lawful gathering they didn't like, declared themselves to be the party of law and order, and demanded that any who supported the gathering be "cleansed," denied the right to air travel, denied the right to work in any government office, denied the right to sell their goods through credit agencies, and more.

I wasn't a Republican until, after years of saying they "speak truth to power," Democrats used federal agencies to spy on and intimidate private citizens, used federal agencies to wrest property from private land-owners and cattle farmers, used federal and state agencies to shutter churches, forced independent artisans to choose between free speech and earning an honest income in their trade.  Speaking real truth to the Democrat powers, on most of these issues, is deemed violence worthy of criminal prosecution, but violent actions in the name of the singularly unoppressed American? "Mostly peaceful," "justifiable," "forgivable." Democrats choose to jail a person for going to church, free a person who has raped and murdered, based upon which socio-political boxes have been checked off.

For these and a hundred other reasons, unless and until I find a better option, I join with the Republicans. 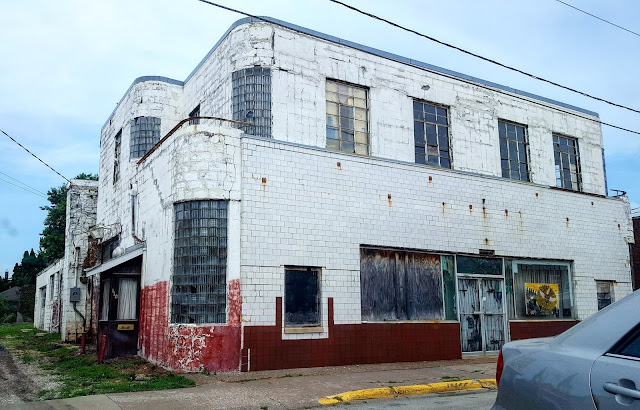 Once upon a time, my small home town was offered the opportunity to host a WalMart. It would have been built right next to the city's bypass highway, behind the two major fast food franchises, easily accessible to all. It would have cost the city little to let them in – the corporation indicated they would refit all the necessary infrastructure to accommodate their needs. They didn't ask for much beyond a brief tax forgiveness, to be renegotiated after a certain amount of time.

The city council voted against the store.

Why did they do this?

Part of the argument was simple: competition. We have few stores in town, any more. The remaining handful of mom-and-pop places, here, have a hard enough time surviving against state and federal regulations regarding minimum wage, insurance costs, and such. Letting in a giant which can offset those costs via other states' lower tax rates and via sheer scale of trade? Well, that's just a guaranteed kiss of death to Tchotchky's Boutique and Corner Grocer, isn't it?

So, Walmart installed a newer, bigger superstore in the town that's our nearest competitor. It's close enough to us, we can easily drive there and back for the convenient bargains. They also, now, offer free delivery for many of their basic goods. They can do this, unlike Tchotchky's. They're giants, after all.

Tchotchky's is failing. Nearly all the Tchotchky's stores are failing. When the last of them is gone, we will have no choice but to shop at Walmart and other such superstore chains.

Now let us imagine that someone "upstairs" at Walmart decides a certain very popular, very widespread church is spreading dangerous beliefs through cult-like practices, and he must do something to stop this. He and his colleagues discuss this concern with the heads of Target, Aldi, and the other major supply chains of the region, and, in unison, they announce they will no longer do any business with this church's leadership, and with anybody who chooses to support this church. If it is known that you have a cleaning/maintenance contract with the church, you, also, are persona non grata at the superstores. If you are a remaining Tchotchky's owner/manager, and you sell to the church and its supporters, Walmart et al. inform your distributors that, until they stop deliveries to said Tchotchky's, the giants will no longer do business with those suppliers.

Pretty soon, every business is forced into a lockstep against the members and supporters of that church, if they want to keep afloat.

If you don't like their policies, you can "vote with your feet," right? Shop somewhere else. Simple as that.

The world's tech oligarchs today are telling people on social media, "if you don't like our hypocrisy, go somewhere else," as they do their best to brick up the gateways to every other "somewhere else."

Try it yourself, sometime.

Today our family said its farewells to the booger-headed kittyboy, better known to the civilized world as Mom's black cat, Lucas. Mom had made arrangements with the veterinarian, but he decided he would not wait for the assistance of a doctor. Mom rocked him, in his carrier, in her lap, and, with a lone cry, he left us.

Lucas arrived in our house, almost a decade ago, in a roundabout manner. He had been a rescue, brought from Texas as a companion for the aged parents of a dear friend, and, when those parents moved from assisted living into a full-time care arrangement, the cat was not allowed to follow them. Worse, he couldn't stay in their family, due to their powerful allergies. After a very brief discussion, my parents offered to take the wee beastie into our family. We already had, at the time, a 98-pound weakling of a Labrador retriever and a 7-pound, half-feral female cat, so was clear there was still room for a pet in the remaining lap. And thus it was that Mom brought the tiny tyrant into our home.

Through the years, he took on many different roles to hold his power base, from member of the pack 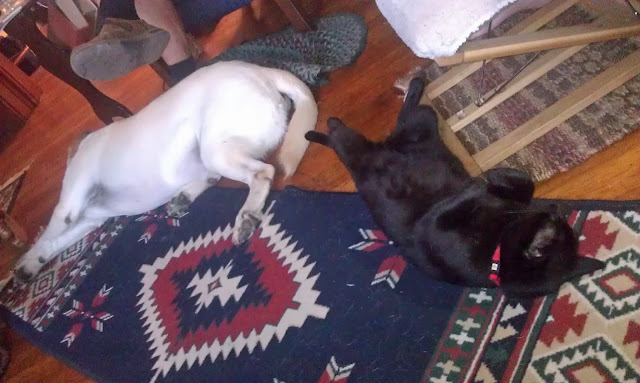 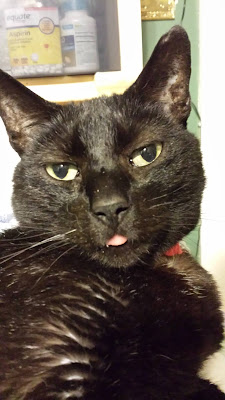 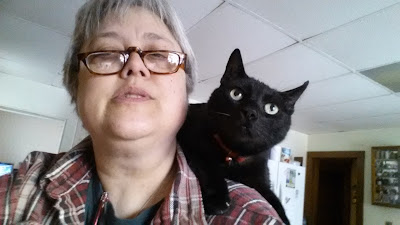 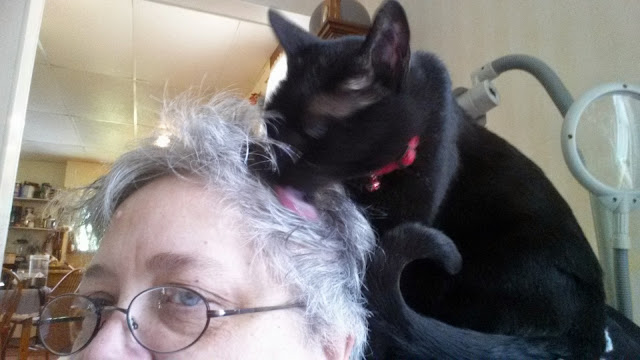 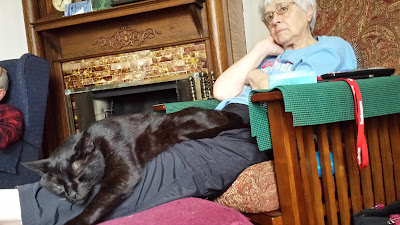 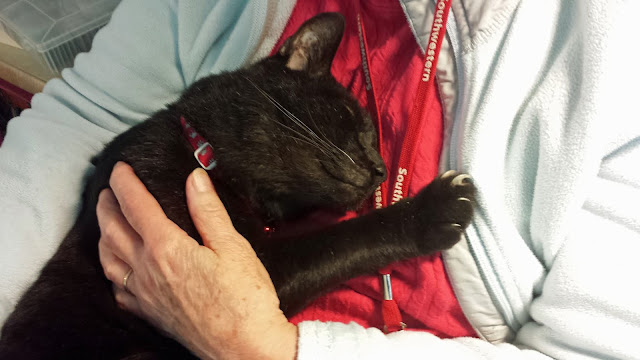 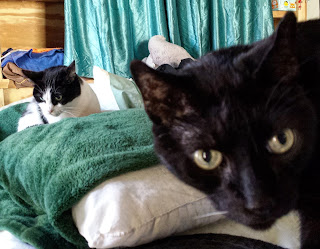 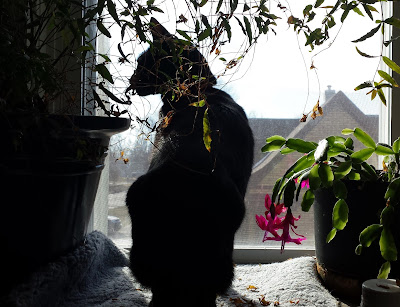 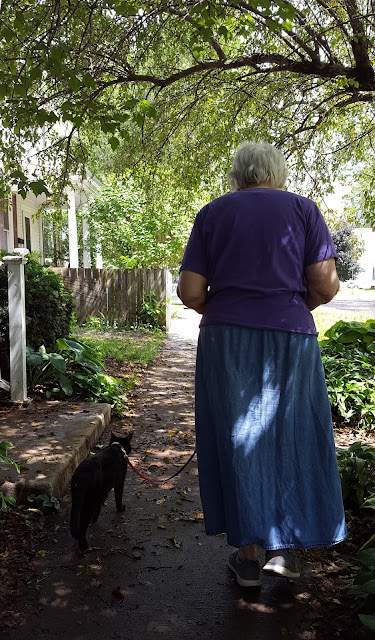 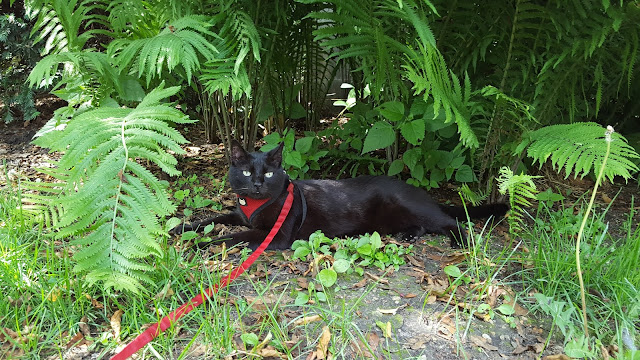 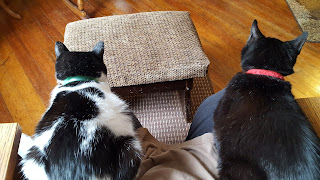 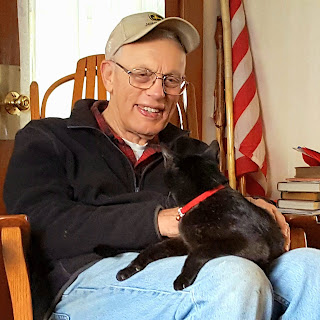 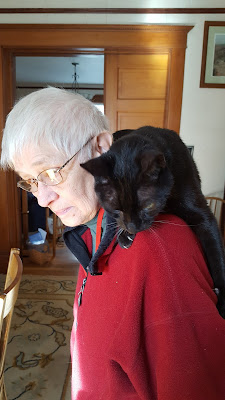 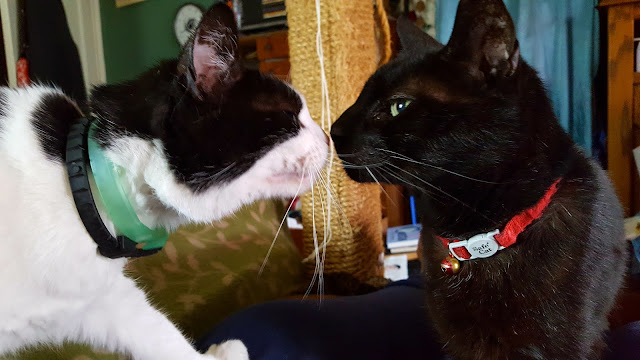 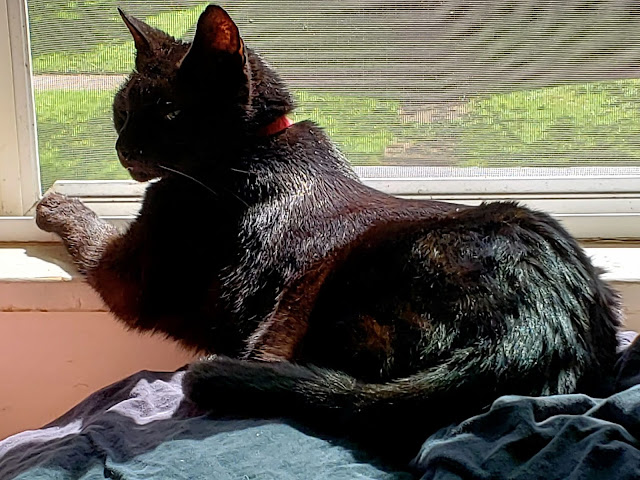 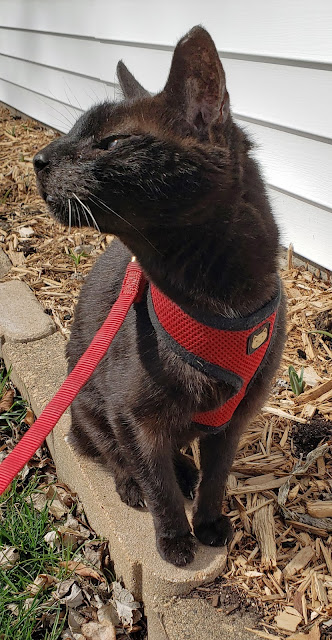 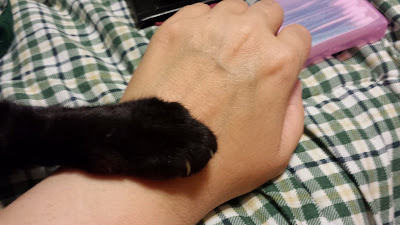 Birthday Song: I'll Get By

I heard this song recently, and put it in my "I'll get back to this" list, and then discovered that today is singer Avi Kaplan's birthday, so… featured. He's really come into his own since leaving Pentatonix.

Today's earworm and birthday all in one: Walk Hand In Hand

I grew up hearing the Gerry and the Pacemakers version of this song. It was pretty darned good, after all.

Now I discover what I've missed, all those years: Roy Hamilton.


Stylistic and general influence on Elvis Presley, as well as the man who inspired Sam Cooke to switch from gospel to  his famous secular sound, Hamilton combined elements of classical and gospel vocal training, to create his own unique handprint on American music.

Plus, he was one of the first to make a hit record of what has since become one of the most overdone tunes of the 1950s, "Unchained Melody".

It's not merely an earworm, it's a timely reminder. On this date in 1738, Serse, the opera from which this aria is taken, was first performed in London, at the King's Theatre, Haymarket. It was not well received at the time. Some critics and historians say it was because the audience was disinclined to appreciate comic elements in a serious opera. I can't argue one way or the other on that, but the love story is darned convoluted... even moreso than it had been in Xerxes' real life (yes, that Xerxes, sort of). But then, that was how a LOT of operas in the 18th century were.

But never mind all that. I'm going to be watching the entire opera, to make sure the earworm works its way out of my head. Also, because I can spend all day listening to just about anything by George Frideric Handel, because he was that awesome a composer.

Earworm of the Day: The Little Fugue

Probably not a version most people think of first, but the radio was playing a nice enough woodwind version of Bach's "Little" Fugue in G minor, and my mind wandered overnight into this territory.

You're probably somewhat familiar with this group, whether you realize it or not. The Swingle Singers have been performing, in one form or another, for nearly six decades. They come cropping up in my head at night rather too often for comfort, though.

I blame the sixties.

What are these Wordsworth? 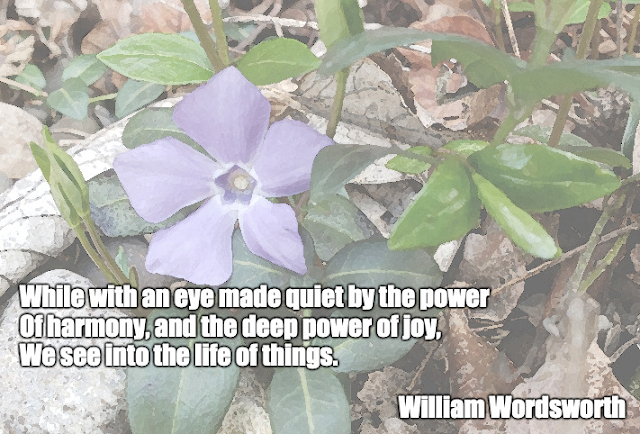 Earworm of the Day: Dire Wolf

I've never been a DeadHead, so I have no idea why this song has stayed with me for, lo, these many long years. Perhaps it was the handsome local singer who spent a few hours flirting with "Bubbles". Perhaps it was my darker nature. Or, perhaps it's just a catchy little ditty.

But my not being a DeadHead also means if you want to listen to them, you're on your own. I was in the mood to hear someone else's cover.